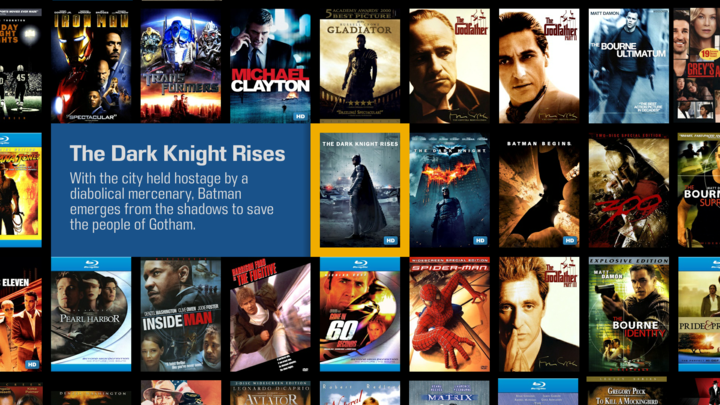 Streaming services have revolutionized the way we consume media. Viewers can sit back, scroll through countless titles, and find a movie worth watching or a TV show worth binging. It is pure simplicity and convenience, right?

Everything you want to watch is right there, whenever you want it.

Until, of course, it isn’t.

Despite the number of videos available on a variety of streaming services (and the number of services is growing every day), the truth is that most movies are not available most of the time.

The simple truth is that no one has unlimited space to continue hosting movies and shows that a comparatively few people will watch. And, on top of that, there are often strange and complex licensing agreements that could run out or be cancelled at any time.

The simplicity and convenience of streaming is great, but that doesn’t mean it’s perfect. And there may even be some valid concerns about what happens to those great movies that just don’t get enough views every day.

In some cases, you may not be able to watch your favorite shows whenever you want because they just aren’t available. In other, more serious cases, a production company may not see any profit in archiving certain movies, so they’ll never be available once their run on a streaming service has ended.

Are your children big fans of Lilo & Stitch? What about The Emperor’s New Groove? Are you finally working your way through the first season of Star Trek: Enterprise but made the mistake of watching it over a few weeks instead of binging it over a single weekend?

Well, they (and many more movies and shows) are going to expire and be removed from Netflix in the next month. This is leading to a growing trend in streaming:

One Subscription is Convenient – But It’s Not Enough Anymore

Netflix, Hulu, Amazon Prime have all been great. Any single one of them was enough to provide plenty of viewing options from many different production companies.

But now those production companies have seen the potential in streaming services. Which is to say that they don’t see any reason to provide their content to Hulu or Netflix when they could run their own service and cut out the middleman, as it were.

And this is why so many Disney properties are migrating away from Netflix. Disney is ending their Netflix deal so they can launch their own streaming service.

And they’re not alone. CBS is launching a new Star Trek series this year, but only on its CBS All Access streaming service. (Which could suggest a motive for removing other Star Trek series from Netflix.)

This certainly paints of picture of a streaming environment that isn’t quite as convenient as it once was. But there may even be a larger concern than having your favorites made exclusive to yet another streaming service, and that is not having the movie at all.

The Importance of Achieving Media

But there’s an old blog by Roger Ebert that brings up a serious concern.

It costs a lot of money to transfer a classic 35mm print to DVD or Blu-ray, especially if the print must be restored.

As interest and, more importantly, profits associated with physical media continue to decline, it’s unlikely companies will be incentivized to invest the necessary funds to restore and distribute those classic films.

It may feel like we have access to everything we want at our fingertips, but the simple truth is that there may not be as many movies available as we initially thought.

Worse, what we do have may not be available much longer.

The ability to stream a movie doesn’t mean you own it. You’re paying for the rights to view it on occasion, which is why a company can choose what’s available at any given time.

When you own the media, it can’t be taken away when rights run out, or when a studio decides to create their own streaming service, or when it becomes unprofitable to keep in circulation.

Ownership, however, doesn’t have to apply strictly to physical media. Consumers can own digital movies in Ultra HD 4K on a local device, like the Kaleidescape player. It may not be the same kind of collection as a nice shelf filled with DVDs and Blu-ray discs, but it will be very convenient and not beholden to any sudden changes in streaming contracts.

People don’t buy movies if they think that it will just be streaming on Netflix.

Unfortunately, just because it’s streaming somewhere right now, that doesn’t mean it always will be.

A lot of people probably thought they’d be watching popular Disney cartoons, Star Wars feature films, and all the latest Marvel movies on Netflix for years to come. Now, they’re going to have to subscribe to yet another service if they want to continue streaming those shows.

Archiving classic movies is still an important process for true movie lovers. It means that even if their favorite movies aren’t currently in their collection, there can still come a day when it is.