How to Watch the Latest Hollywood Releases in your Home Theater 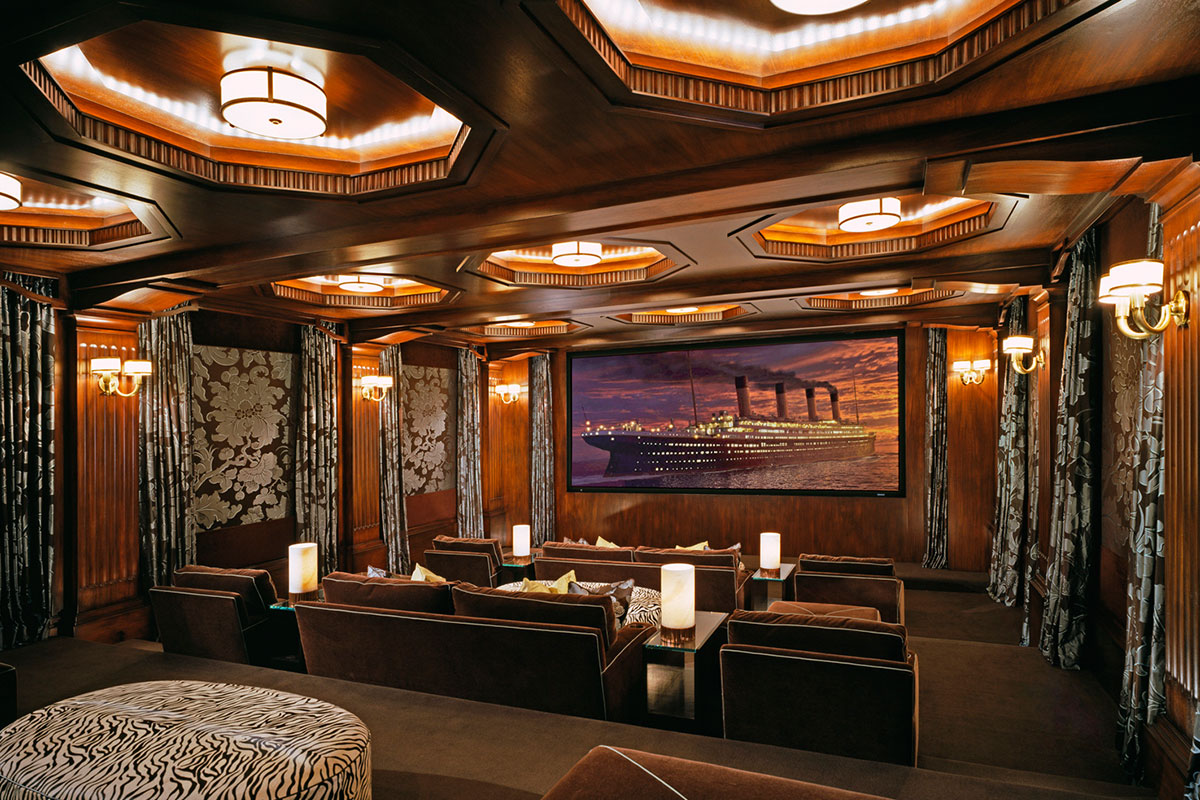 Wouldn't it be nice to watch the latest Hollywood blockbuster at home with friends instead of behind texting tweens? In the new post-COVID world, our desire to see the latest movies in our home is growing by leaps and bounds. Have you some serious cash into the best home theater system equipment like JBL Synthesis, Steinway Lyngdorf, Meyer Sound, or Wisdom Speakers? Well here is the low-down on how to avoid the theaters altogether but still be able to watch movies in your Los Angeles home the night they come out in theaters.

I build many theaters for a lot of Hollywood heavyweights who have the extreme luxury of getting brand new films delivered to their home on the day of the theatrical release. Want to watch the next Batman movie in your jammies instead of fighting the lines at Christmas? Well, my entertainment pro clients can do just that by becoming a member of the Bel Air Circuit. The Bel Air Circuit isn't an official organization but really a phrase for those that have studio connections and professional cinema gear in their home. The typical requirements of entry are that you register your theater as a professional cinema with the film labs / distributors like Technicolor or Deluxe, and that you are in the entertainment industry with enough clout to get studio heads to approve adding your name to the list. Not all members get all films... or all studios. Sometimes DC or Marvel titles are limited. Sometimes certain directors make their titles less available to the circuit. Those with juice get all the studios and all the titles.

The equipment you need is not made by Samsung, LG, Vizio, or any of the video brands you may already know. Companies like Christie, Barco, Dolby, and NEC specialize in the D-Cinema equipment you will need to be a part of the Bel Air Circuit. These are the same projectors that you would find at the Arclight or AMC. The picture and sound with this pro equipment can be extraordinary.

So what if you aren't a Hollywood hotshot? Well, the next best thing to the Bel Air Circuit is Red Carpet Home Cinema. This is a device that gives you access to new theater releases but in a very consumer friendly way. Think Apple TV on steroids. The uncompressed picture and sound blow away any content on any streaming service, bar none. New releases and phenomenal quality come at a price though. The hardware sells for $15,000 and the movies run $1,500+ per title. This may seem like a big price tag but our clients consider it the equivalent to a nice dinner and bottle of wine. It actually also might pencil out if you are taking a birthday party of 8 year olds to Despicable Me 5.

Bel Air Cinema is a company that gives you the Bel Air Circuit experience without having to be a Hollywood hotshot. To get movies the day they are released in theaters, you simply need to join the club. The fees range for this service, but this is the most expensive option out there. The benefits to using this service is that Bel Air Cinema delivers content in the same way that studios deliver to the theaters. This means that you get the very best quality image and sound available. Note that you must have DCI-compliant hardware just like if you were in the Bel Air circuit (pro projector and sound equipment). This means a hardware investment somewhere around 100k+. So for those of you without Hollywood connections and a desire to have the best, Bel Air Cinema may be the best fit.

With the onset of COVID, there have been several releases that were available on iTunes while they were also released in theaters. Is this a trend that will continue in the wake of COVID? Industry experts still expect that there will be a theatrical release window for the highest demand content and VOD films will primarily be indie or narrow release films. The studios still value the theater experience and their relationships with the exhibitors, so we don't expect things to change radically but there will be a wider (but still small) offering of new releases that are simultaneously in theaters and on-demand.

Outside of those options, there are not many choices for day and date releases. There are always the torrent sites if you fancy yourself a pirate and are OK with breaking the law. From a technical perspective, I would urge you to consider not using these sites simply because the video and sound quality are typically very low level. Despite the fact that the sites say they are giving you an HD feed, the compression typically dumbs the video down to a standard definition equivalent. As far as getting any of the lossless surround formats, forget it. You are lucky to even get surround sound, much less Dolby Digital or Dolby Atmos. If you have invested in high-end home theater equipment, you don't want to destroy your cinema experience with poor quality video and sound.

So for those of you who want to be envy of your neighbors when you are watching the new James Bond film in your home on the Friday it gets released, there are a few good options for you. No, none of them are cheap, but being the coolest kid on the block has its price.

Fill out my online form.